Appearance:  Taichi is a very tall, bulky, yet still slim for a tanky male, ready to take hits for others as he specialized in defense. But if he needs to, he can dish out tremendous amounts of pain. His personality is quite joyful. Outgoing, yet he doesn't know how to take other peoples minds into his own.

Apparel:  His apparel would come over as extra. Many miscellaneous accessories on his quite nice clothing which he had under his armor. He usually wore a larger coat

Hometown:  Unknown ( The Kingdom of Doma )

He channels his spells not through energy, like some others, but Darkness. The gain of Darkness through natural ways, is a passive regeneration by 1 Dark Charge per post. The maximum amount of charges are 6.

Taichi summons a Dark Sphere in his left hand, throwing it at an enemy, it would move at a good speed, not dealing any notable damage, yet slowing down the enemy significantly. Effecting the enemies status, enhancing their weight, slowing them down. The Dark Sphere costs one charge, yet the duration of the status effect is enhanced by each Dark Charge he additionally puts into the Dark Sphere. His right hand would glow when the dark sphere makes contact, and while the status effect is active he can form a shadow claw to grab them and pull them to him.

The Dark Knight usually is in a more defensive state, ready to guard and take hits. But using this, he can switch to a more offensive stance. Losing 5 defense from his status, but adding those to his Strength. This uses 2 Darkness Charges.

Dozens of attacks are lunged at an enemy, Taichi flailing around his huge sword in great succession, able to hit multiple enemies, multiple times. Winding up to a huge finisher enhanced with dark magic. Upon entering the combo, it would use 3 Dark Charges to provide connection. And upon completion of the combo, with the end of the finisher, if every hit would connect to the enemy/s it would restore 4 Dark Charges.

Armor of the Dark Knight

Taichi is able to summon his entire armor by will, as it was part and bound to him and only him. Using a charge to summon it onto his body.

Greatsword of the Dark Knight

Taichi is able to summon his huge sword by will, as it was part and bound to him and only him. It was almost two meters in length. A Dark Blade infused with his own Element. Using a charge to summon it onto his body. 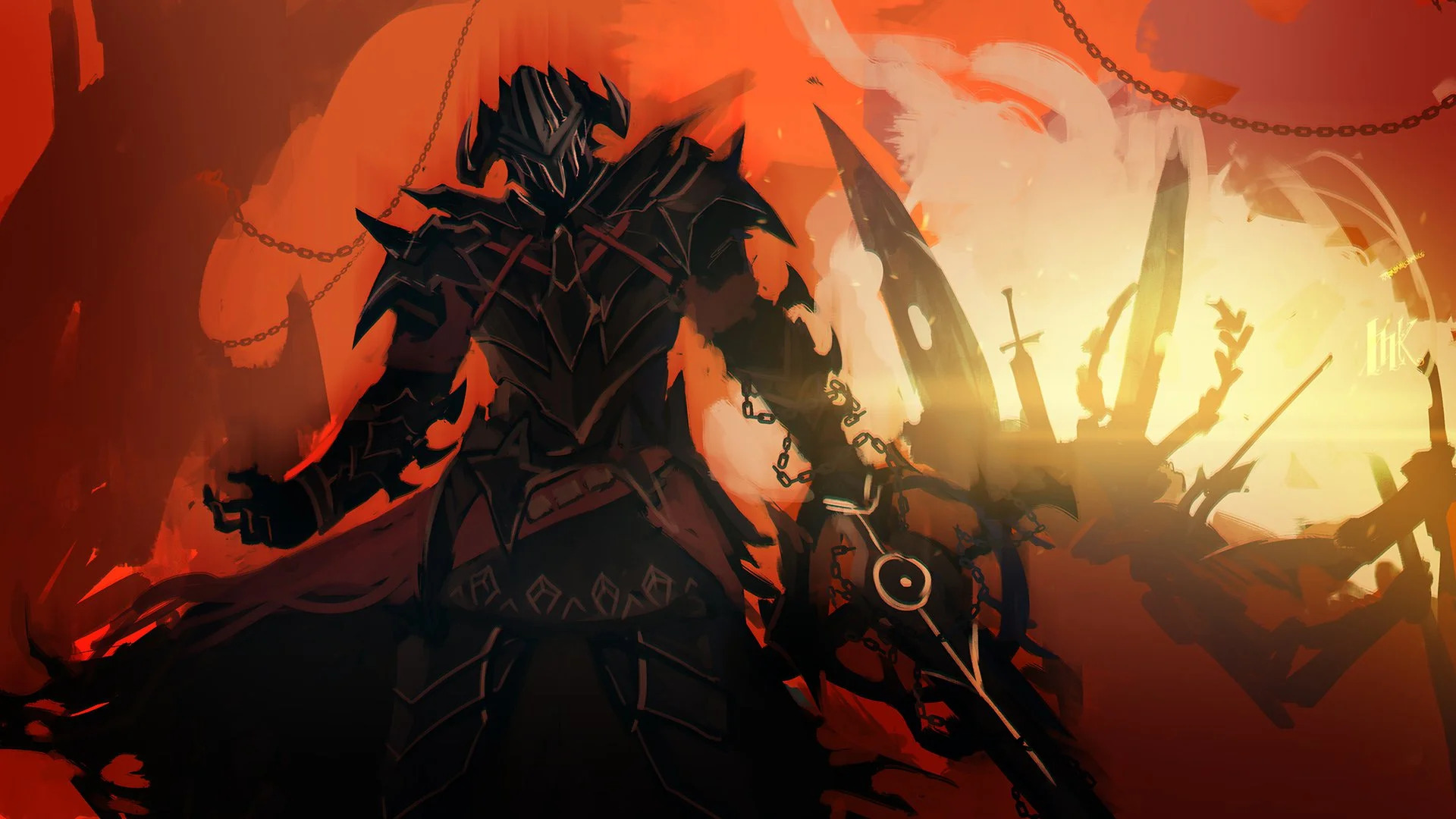 The Amulet of Asherah

Given to Taichi by the Succubus Asherah later in their story. Supposedly giving him "the Devils Luck". Although he is unsure of how to use it, or how it affects him overall. It manipulates the probability of an event to happen, making unlikely things occur more often or instantly and preventing liable events from happening. They can cause and prevent both good and bad luck, natural disasters, and even apocalyptic events. As well as granting him the power to call Asherah herself if needed, provided by, what he thinks, was her demonic power.

He kept this, a family heirloom, given to him at his twentieth birthday before his fathers death. Can amplify his Darkness abilities. Every five attacks he regains a Dark Charge.

At a moment in time, on a mission in a dungeon, his party was split apart and the area collapsed. He found himself in a new world, trying to find new companions, maybe his old companions to protect again.